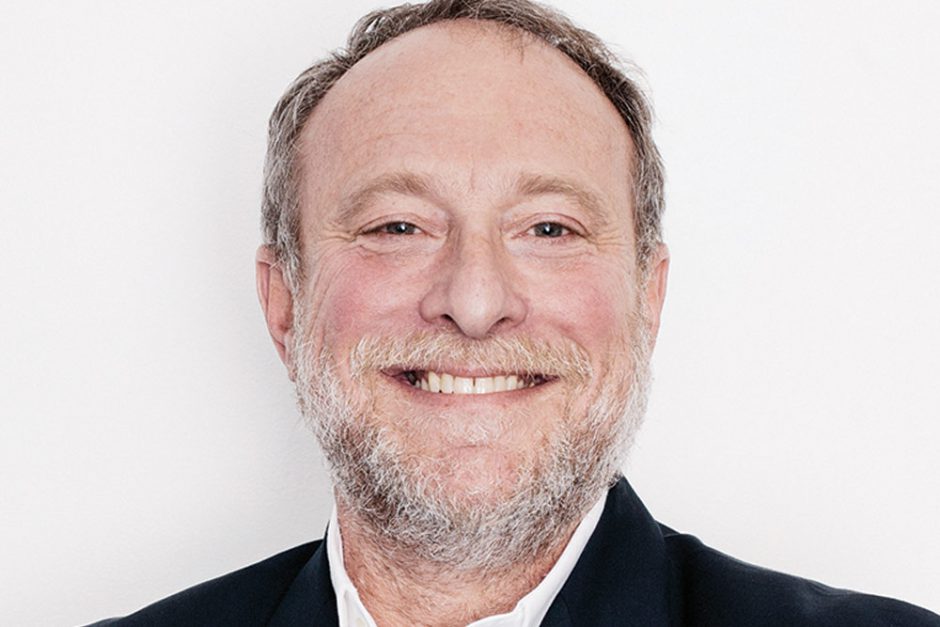 From America to Ireland and back again, Neal Newman, president of the Two Ten Footwear Foundation, counts the valuable life lessons and power of philanthropy learned along the way.

Dear Neal, Let me get right to it. Your life will not go according to the plan. That’s life lesson number one: Expect the unexpected. Because when you are 13, your mother will get MS and never recover. You won’t be able to make her better. Leaving your New York home for college is the right move, even though you’ll be racked with guilt. That’s lesson number two: You’ll have to move on and grab the life preserver.

In 1980, you’ll move to Chicago and work at The Native American Committee, a nonprofit helping Native Americans relocating to the city. You’ll see such profound sadness and poverty; this job will break your heart but set you on a career path in philanthropy that you will absolutely love. You’ll move to Boston to take the role of executive director of the Massachusetts Coalition for the Homeless. You’ll barely sleep for over a year. There, you meet Edel R. and her two wonderful kids, Ralph and Renny—all three beaten by her boyfriend. By rights, Edel should hate the world, but instead she is filled with remarkable grace, and she’ll say something important to you about letting the light in. Listen carefully, that’s lesson number three.

Years later, you’ll enter grad school at Tufts University just outside of Boston and earn a degree in Urban and Environmental Policy. Then sunlight enters your life—just like Edel predicted—and you’ll marry Orla, from Ireland, the love of your life. A few years later your son, Conor, is born.

Your next big move is to lead the Coalition for a Better Acre, a community-based development organization in nearby Lowell. You experience great success working on urban renewal projects that create affordable housing. Then comes your epiphany. Devout, humble, calm Fr. Jaime takes you aside after a community meeting one night and says, “People want to tell their story. Not everyone has the words. Help them find their voice, and the strength to tell their story.” It becomes your life’s mission, and that’s lesson number four.

In 1995, you move to Ireland. At Southside Partnership, you’ll be its first CEO and bring together city and county officials with community leaders, trade union activists and employers and build the largest anti-poverty organization in Dublin. Your daughter, Jessie, is born and you make a career move into strategic fundraising consulting. You’ll learn a new role as advisor, mentor and fundraising strategist and raise millions for museums, hospitals and schools. You’ll work with Orla to open Ireland’s first children’s museum. Lesson number five: Never take the easy path. It doesn’t suit you.

When the economic crash hits Ireland, you’ll lose 75 percent of your business in 18 months. Even though Ireland is your home, after 17 years, it’s time to move back to the U.S. Lesson number six: You’ll do anything you need to do for your family. You get a few good offers and you’re about to accept a job as a United Way CEO but, wait, what’s this? Two Ten Footwear Foundation? A charitable foundation for the footwear industry? In Boston?

After an initial Skype interview, you fly to America twice for interviews. For the final dinner meeting at an Italian restaurant in Boston, a driver has been arranged to pick you up from the airport and take you to the restaurant. When you arrive, there’s no driver. Fifteen minutes turns into a half hour and you realize that you do not know the name of the restaurant or where it is. It also dawns on you that you do not have recruiting committee chairperson Jim Salzano’s cell number. Lesson number seven: Always get the name of the restaurant.

You call Orla in Dublin on a pay phone. She says, “Hang tight.” Click. Five minutes later, Orla calls and says, “Take a taxi to Waltham to La Campagna. They’re waiting for you.” Click. Indeed, Salzano and committee members David DiPasquale and Scott Savitz were and, after a few bottles of Chianti and some more chat, you accept an offer to become president of the Two Ten Footwear Foundation on the spot. You move back to Boston, on your own, in January 2012. Orla and Jessie join you six months later, while Conor stays in Dublin to finish university. You’ll immerse yourself in Two Ten’s rich history of philanthropy and the footwear industry while readjusting to life in the States. There’s much to do, and you love your job. You’ll make the decision, after two years, that Dublin is where Jessie will thrive so Orla, Jessie and wonder-dog, Tully, head-back to Dublin.

Remember, though, life is not always smooth sailing. You’ll find out that you have prostate cancer in 2017 and have it removed. Orla will move back to Boston as Jessie continues at Trinity College Dublin and Conor grows in his profession as a solicitor. Your life has been unpredictable but full to this point. You’ve experienced your fair share of hard knocks, but you have an abundance of great joy that fills your heart. You’ve led a good life, have great friends, two fantastic kids and a loving marriage. But there’s much more to do. There is a lot of pain and suffering out there, and we can all use more caring and kindness in the world. Lesson number eight: Be relentless in your pursuit of making life better for others. Never be satisfied with mediocre.