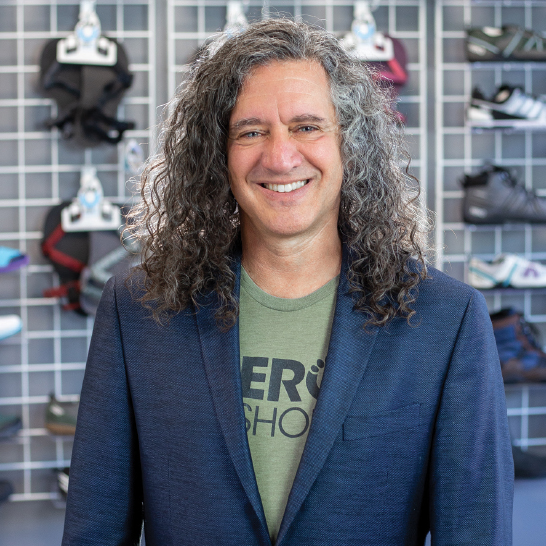 Hey, 21-year-old Sashen, it’s me/you from 39 years in the future! You’ve seen enough movies to know I’m supposed to prove this by saying something only you can know, but I don’t have time. I also know that if you do anything different after reading this it screws with space-time continuum and eliminates any chance of you dating a Charlie’s Angel or winning Battle of the Network Stars. But it also might help clear up that rash. So, in no particular order, here’s a little heads up on the years ahead.

You Don’t Do “Career”: Give up the idea that you’ll find something that you’ll want to do for the rest of your life. If you were born a few years later and prescribed Ritalin, perhaps you’d have been career focused. Instead, professions will catch your fancy, sending you down numerous, interesting roads. Where, you ask? How about stand-up comedy. (Yes, for a living!) Other roads taken: Developing Scriptware, the industry-standard software for film and TV writers; hosting Disk Doctors, a syndicated TV show that makes you famous in Bermuda; internet marketing; and teaching meditation.

As for your best-laid plans to retire by age 35, that won’t happen until you’re 38, thanks to some clever real estate investing. But retirement is short-lived due, in part, to keeping in your All-American gymnast shape. That’s what leads you back into sprinting, at 45. Lots of injuries follow, which leads you to discover the life-changing benefits of barefoot running, making you a Masters All-American sprinter, one of the fastest 60-plus people in the country! During this stretch, on Nov. 23, 2009, to be exact, you cofound Feel the World, makers of minimalist Xero Shoes, with your super-smart and beautiful wife. (More on her in a bit.)

Do Your Best, Prepare for the Worst: As an individual sport athlete, you believe the best man wins. Same for business: the best idea/invention/product wins. Well, you’re wrong. That doesn’t mean trying your best, or making the best products possible. It means be prepared for dirty play in the win-at-all-costs shoe biz. When you threaten someone’s livelihood, their first move often is to shut you down by doing something underhanded. For example, in Xero Shoes’ salad days you’ll get a huge order from a major retailer and think you’ve made it. But then that retailer receives a call from a company 2,000 times your size saying, “We don’t want Xero Shoes in your store.” The order gets killed. But keep changing people’s lives by believing in your product. A couple years later, that retailer will add Xero Shoes to its mix and you’ll crush it.

You’re Only Human: Ninety-nine percent of what you think is wrong with you is what every human thinks about themselves. Trying to fix those imagined flaws with the hopes it’ll lead to happiness will only make you unhappier. Understanding this will save you a ton of cash and frustration when some guru tries to sell you a foolproof method to build a successful company. You’re in unchartered territory. Learn to build your own map.

Work Hard: I know you prefer the fastest, easiest way to do everything. But the ultimate payoff you envision for Xero Shoes will require a lot of hard work. While being successful is 90 percent luck and 10 percent also luck, there’s a separate 100 percent where 90 percent is working your butt off and 10 percent is, hopefully, being smart enough to put out the fires that start overnight despite nothing having changed from the day before. That’s just business. It took you three years of really hard work to become an All-American gymnast, and it’ll take you much longer to build a shoe company that changes the lives of millions of people by letting their feet do what’s natural: bend, flex, move and feel.

Facts Don’t Always Matter: By the time you launch Xero Shoes, people will have had 50 years of being told their feet aren’t up to the tasks of walking, running, hiking, etc. unless they have a bunch of padding, motion control, arch support, elevated heels and toe boxes that squeeze their little piggies together. Still, people won’t try Xero Shoes just by hearing that research shows arch support makes feet weaker—like immobilizing any joint does. Or that padding doesn’t reduce impact forces. So highlight simple concepts—like stronger is better than weaker, and letting feet move naturally makes them stronger.

Wearing is Believing: The secret to Xero Shoes’ success: Get shoes on people’s feet! The rest takes care of itself. You’ll become “airport famous.” People will recognize you (the curly locks help), telling you how Xero Shoes changed their lives, they own multiple pairs, they’ll never wear another brand, they saw you on Shark Tank.

TV is Good: Some self-unhelp gurus advise that, to be successful, you must eliminate distractions. But working 12-plus hour days, six days a week, requires breaks. So, get a really good TV. In the future, you can get one the size of your dorm room wall that costs half as much as that 14-incher you’ve got now! Get a great couch, too. You and your wife will curl up on it at night watching your favorite shows, like Breaking Bad. Now about that wonderful wife: I won’t tell you her name because  you’ll pursue her even harder, and it’ll take even longer than the six years between first meeting to marrying the love of your life and who you wouldn’t be able to build Xero Shoes without.

Top Dog: You think dogs are too much work, but when you hear about a mutt named Paolo, get him. He’ll join you guys on the couch each night. You’ll love this dog. You may even think you love him more than your wife. That’s ok, though, because she’ll think the same.