Streaks usually come to an end at some point. 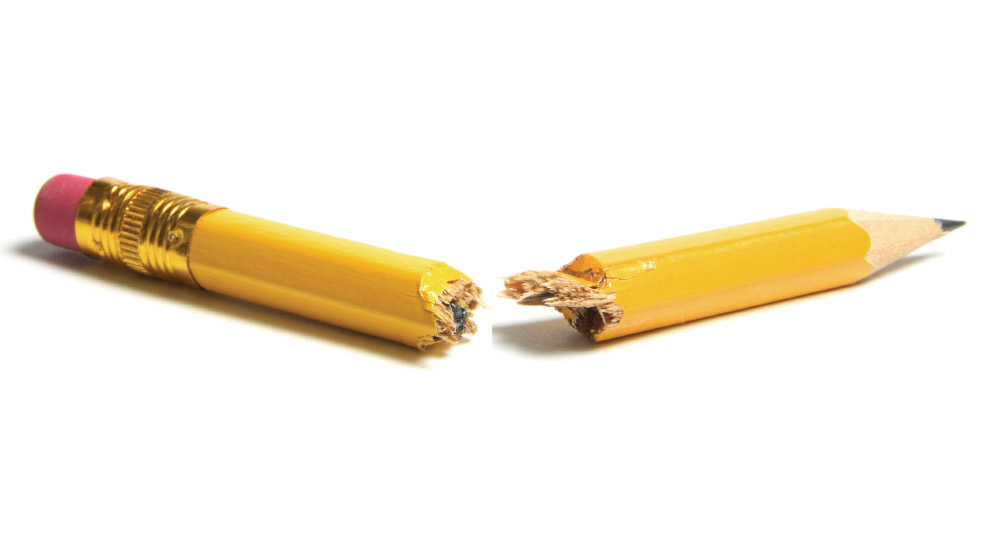 Streaks usually come to an end at some point. Cal Ripken Jr., for example, blew past Lou Gehrig’s consecutive games played streak (2,130) by playing in 2,632 games over 16 years—shattering a record that had stood for 56 years. At the opposite end of the heroic achievement spectrum, sources report the longest Snapchat streak is north of 1,400 days—one that will likely be broken repeatedly even if no one cares. And, hopefully, lying somewhere in the middle of the range is my streak of writing this Editor’s Note, which was snapped (literally) last month after 222 columns spanning nearly 23 years. A nasty bike crash—with broken bones that rendered me a one-handed typist on plenty of meds—ended my run.

Nursing my wounds, however, provided me with plenty of time to ponder and gain perspective. For starters, life went on after my streak was broken—and I’m grateful for that! My accident could have been far worse, as my friends and family reminded me. The ground I hit could have been a speeding car. Chalk one up for the power of finding a renewed appreciation for life. It does wonders to help you grind through a painful healing process.

Similarly, I sympathize like never before when I see someone struggling just to get from point A to point B. Pain and disability are relative; there are people in far worse shape than I am and, sadly, many will only get worse. What I took for granted in mobility came screeching to a halt when the journey from the front stoop to the Uber involved great pain and time. I’ve already embarked on a streak never to rush past anyone who needs to take it slowly and carefully. I’ll get wherever I’m headed soon enough.

Last but surely not least, I gained a renewed respect for caretakers—starting with my wife! The old saying is for better or worse, and this was a stretch of worse: doctors’ appointments, household chores, the (nightmarish) college application prep process, lugging home groceries, helping Footwear Plus meet its show issue deadline and just being on call for every little thing I couldn’t do for myself—all while keeping up with her full-time job responsibilities! The bar on our marriage pact has been raised.

My forced break from writing about the state of our industry also provided a dose of perspective. Ironically, I had been mulling over an August issue column idea—something I often do on long, solo bike rides—with the working title “Fight Club.” The gist was that surviving this bruising streak of retail disruption requires supreme toughness and a willingness to do whatever it takes, be it tremendous reinvestment, as White Mountain Footwear CEO Kevin Mancuso detailed in the Q&A, or an entire rebuild, as Scott Home is undertaking with Fashion Major Brands, distributors of Musse & Cloud and Coolway. Many rules no longer apply, requiring new playbooks to be written. Even the most sacrosanct rule of them all—the customer is always right—no longer applies, at least not in my playbook. Is Joe or Jane Public right when, after going into a store, browsing a broad selection and being expertly fitted, he or she whips out a smartphone to see if the item is sold for a few bucks less somewhere else and then demanding a price match? So much for services rendered and the Golden Rule of treating people as you want to be treated. The first rule of my (abandoned) Fight Club column would have been: There are no rules.

The no rules theme has carried over into this issue. For example, are there any rules when it comes to the direct-to-consumer (DTC) channel? Should brands chase as many of those sales as possible, even competing on price with retailers, just because they can? Or should brands develop platforms where retailers vie for a share of DTC sales, like those Mephisto and Naot have introduced recently? This issue’s Special Report (p. 10) delves into the growing DTC debate, which inspires passionate feelings on both sides. In fact, many retailers now consider DTC a bigger threat than Amazon.

Birkenstock is another example of a company shunning established rules, says David Kahan, CEO of Birkenstock Americas and subject of our Q&A (p.12). The 247-year-old brand has doubled in size in just the past three years, thanks in large part to an outside-the-box approach with regard to distribution, collabs, product extensions and brand management. Contrary to an overriding industry sentiment that trends today have increasingly short lifespans, Kahan believes Birkenstock’s run has just begun—the possibilities for future growth and expansion are endless.

Last month marked the first August in 38 years that I didn’t go for a bike ride, which, for me, involves wearing colorful Lycra and riding for miles. Another streak broken. But when I think about Birkenstock’s run and how Kahan says the moves being made position the company for a third century of existence, it’s nothing short of astounding. Pundits say Ripken’s consecutive games streak will never be broken, yet it took him a mere 16 years to achieve it. Will Birkenstock’s streak ever end? Will it be broken three centuries from now?! That’s something to ponder.